There are many fascinating and amazing facts about our World, which many of us forget or are not aware of, and they can be wonderfully amusing and informative about the way we lead our lives. On these pages are facts to amaze you about a wide variety of subjects for you to enjoy. More amazing items continue to be added.

Ernest Hemmingway, wanting to help people who are less fortunate, gave to the Shrine of the Virgin (Catholic Church) in eastern Cuba where he lived, the Nobel Prize money that he had won in 1954 for the novel The Old Man and the Sea, written in 1952.  He said, “You don’t ever have a thing until you give it away.”

The famous sculptor Auguste Rodin, wanting to help his fellow countrymen, bequeathed all of his work to his country (France) after he died in 1917.  Rodin’s son was paid, by France, a small annuity by way of compensation for his lost inheritance. 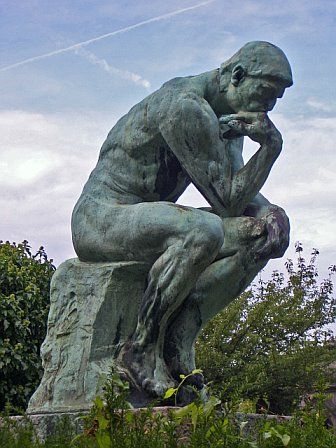 “The Thinker” stature by Rodin is on display in Paris.

Because he felt such an important tool should be public property, the English chemist John Walker never patented his invention, matches.

Saint Lucia is the only country in the world named after a woman. Saint Lucia which in the Caribbean, was discovered by the French after they were shipwrecked on the island in 1660. They arrived on December 13th which is the feast day of Saint Lucy, so that is why they named it Saint Lucia!

To help raise funds for the starving poor, the renowned Physicist Albert Einstein, in 1930 sold his autograph for $3 a signature and autographed photographs for $5 each.

The custom of being clean shaven is said to date from the time of Alexander the Great, who had only a scanty beard which set the fashion.  A century later shaving entered the Roman world in the west, and the eastern world abandoned the custom.

The Swiss philanthropist Henri Dunant devoted so much of his money and energy to the establishment of the Red Cross that his textile business failed and he was reduced to pauperism.  He was a co-winner of the first Nobel Prize, in 1901, and left the honourarium to charities, not his family. 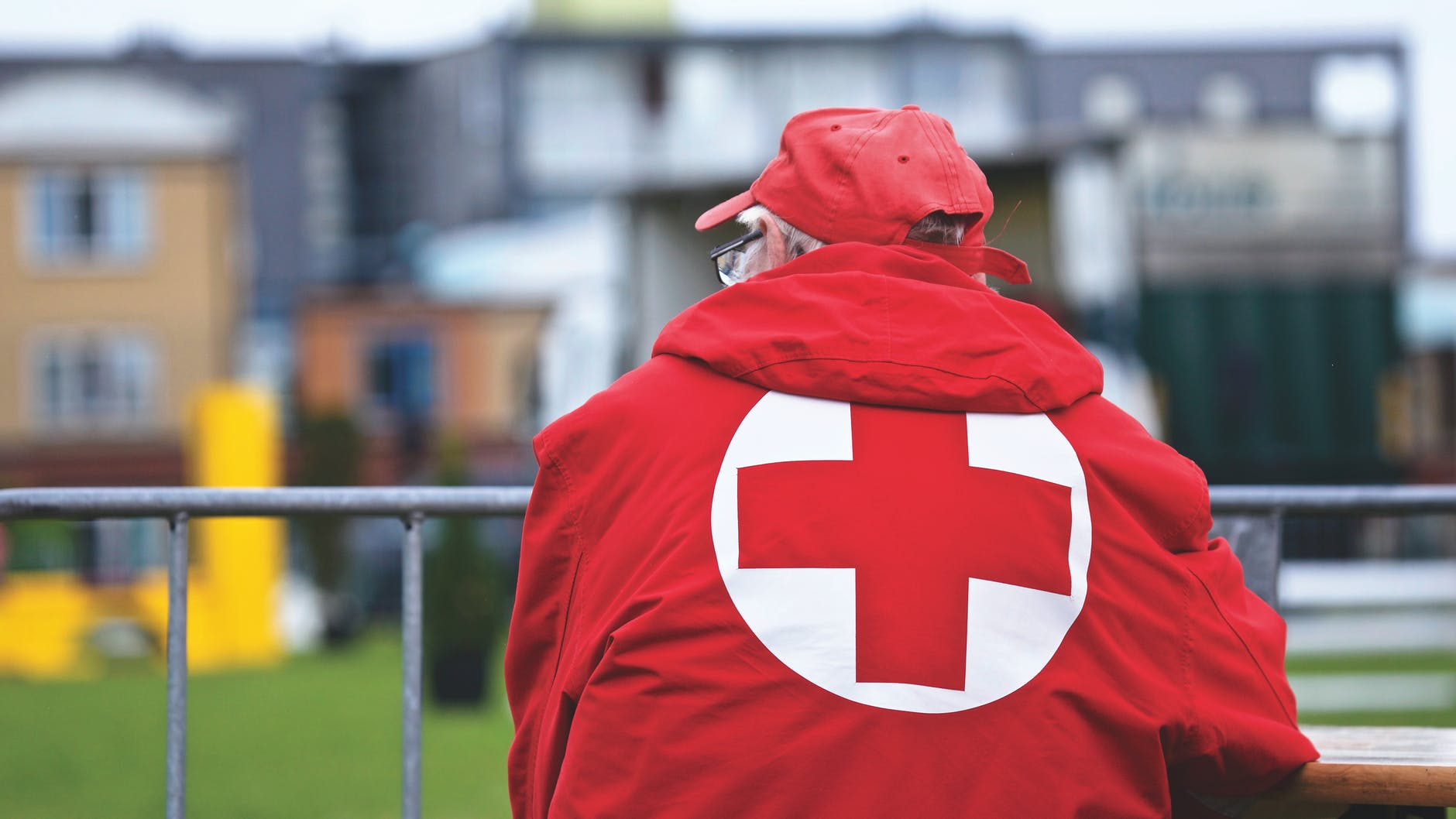 Wool is one of man’s oldest fabrics, as it is known that as early as 4,000 BCE the Babylonians used woollen clothes.

Dinner guests in medieval England were expected to bring their own knives to the table, due to hosts not providing them.  The fork did not appear until the sixteenth century.  Fork and knife pairs were not in general use in England until the seventeenth century.

The Whale Shark, which usually grow up to at least 10 metres long and weigh 9 ton, is harmless to humans.  It eats plankton (small animals such as krill and fish eggs) which it strains from the ocean water.

Arctic terns found in North America and the Arctic, migrate each year as far south as Antarctica and back.  This is a round trip of over 29,000 kilometres, which is probably the longest migratory flight.

The top six foods that make your pass wind (fart) are beans, corn, bell peppers, cauliflower, cabbage and milk. Unfortunately, these may also be some of your favourite foods, but it’s probably best if you avoid eating any of these if you’re going on a date or going out with friends! Their effect on you will also depend on how much and what they are mixed with.

Octopuses have four pairs of arms. The six of an octopus’ tentacles serve as arms, while the other two are their “legs.” They use six tentacles just to eat!

The oldest “your mum” joke was discovered on a 3,500 year old Babylonian tablet. It was discovered in Iraq in 1976, however since then the tablet has been lost, but the text remains preserved.

The character “Hermione” in the Harry Potter books was named by the author J.K. Rowling so that young girls wouldn’t be teased for being nerdy. The name Hermione came from Shakespeare’s “A Winter’s Tale.” Rowling says when she chose the name, she “didn’t want a lot of fairly hard-working little girls to be teased if ever the book was published.”

The Eiffel Tower has a total of 1,710 steps. It is 108 stories tall, with 1,710 steps getting you to get to the top of the Eiffel Tower. Luckily, guests are only allowed to climb the stairs to the first platform, and from there they must take a lift to the top.

A crocodile can’t poke its tongue out. That is because their tongues are attached to the roof of their mouths, not the floor of the mouth as in many other creatures. But alligators can poke it’s tongue out.

Snails produce a colourless, sticky discharge that forms a protective carpet under them as they travel along. The discharge is so effective that snails can crawl along the edge of a razor blade without cutting themselves.

The use of finger prints for identification purposes was first worked out by an English anthropologist Francis Galton who was a first cousin of the famous scientist Charles Darwin. He had a wide range of scientific interests and works, and was very keen on the use of statistics. He was the first to apply statistical gathering and methods to the study of human differences and inheritance of intelligence. He was Knighted in 1909.

If you have a fear of being tickled by feathers, it is called Pteronophobia. Also it is a fear of feathers themselves. The word “ptero” is the Greek word for feather, and “phobia” is also Greek, meaning fear.

The male Praying Mantis often loses his head, literally, after courting the female. She is known to decapitate the keen suitor, and often she will also completely devour him.

The are more different kinds of insects in existence today, than the total of all kinds of all other animals put together.

If they lived on the ground, ants in the flood region of the Amazon and it’s tributaries would drown by the millions each year due to the water level often rises by couple of metres. The ants live in the “upper stories” of the forest, building their nests in trees where they are secure from floods.

Henri Matisse’s artwork Le Bateau hung in New York’s Museum of Modern Art for forty seven days in 1961 before someone noticed it was upside down.  About 116,000 people had passed in front of the artwork before the error was noted.

Beneath the long, shaggy hair of the Musk Ox, which inhabits the Arctic tundra, is a dense woolly undercoat.  It is such a good insulator that when the Musk Ox lies down, it’s body heat does not melt the snow it lies on.

Although an Alligator can close it’s jaws with a force sufficient to break a person’s arm, the muscles that open it’s jaws are so weak that it is possible for a man to hold the mouth of a full grown Alligator shut with only one hand.

The horse was originally a small animal, incapable of carrying a rider for long periods.  When the larger domesticated horse bred by nomadic tribes for warfare first appeared in the middle east and Europe, it was met with terror.

The first known needles were made by Cro-Magnon man about 30,000 years ago.  Made of bone, the needles contained eyes for the insertion of some type of thread, probably made of animals sinews.  Consequently Cro-Magnon man wore clothing made of stitched animal pelts.

The ring-tailed cat, the crayfish, the firefly, the glass snake, the horned toad, and the civet cat have something in common.  None is what it’s name implies.  The ring-tailed cat is a raccoon like animal.  The crayfish is a crustacean.  The firefly is related to beetles.  The glass snake and the horned toad are lizards.  The civet cat is related to the mongoose.

Elephants, lions and camels roamed Alaska about 12,000 years ago, when the climate was very different to now.

The largest animal that ever lived is alive right now.  It is the Blue Whale which can grow to about 180 tons, much larger than known dinosaurs.  The Blue Whale grows to about 30 metres (100 feet).

Spanish soldiers in Francisco Pizarro’s expedition in Peru in 1532, found emeralds as large as pigeon eggs.  In the mistaken belief that true emeralds could not be broken, they pounded their finds with hammers and decided that due to the stones shattering, that all they had found was coloured glass.

The world’s oldest continuously inhabited city, Damascus in Syria, was inhabited at least as early as 2,000 BCE.

Not all fish live only in the water.  Walking catfish, mudskippers, and flying fish, are among many species that can live on land.

The tail propulsion of Dolphins is superior in efficiency to that of a ship propeller.  They use less energy to achieve a given speed.

A Starfish can be cut into sizeable chunks and each piece will grow into a completely whole starfish.

The Electric Eel is one of the most dangerous electric fish, with an average discharge of 400 volts.  More than half of its body is given over to up to electrical production.

This site uses Akismet to reduce spam. Learn how your comment data is processed.